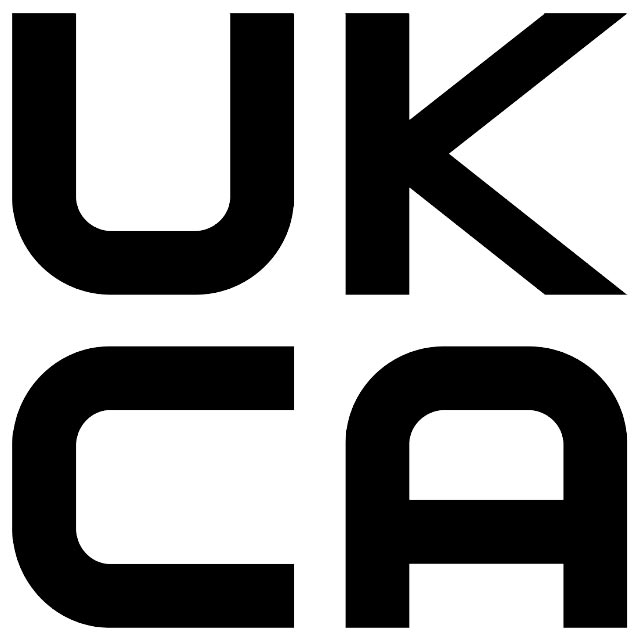 The UK left the EU single market at 11PM on 31st December 2020. The United Kingdom Conformity Assessed or UKCA mark is being phased in from 1st January 2021 to replace the CE mark in Great Britain, although for most goods the CE mark will remain acceptable for a transition period ending on 31 December 2022.

What does the UKCA mark mean?

The UK Conformity Assessed mark is a mandatory mark on a product to indicate that it conforms to GB legislation. The manufacturer or, if mandated, their authorised representative will be responsible for affixing the UKCA mark to the product, which is the same principle as CE marking but for the GB market.

Will the CE mark remain valid for products placed on the UK market?

For most products placed on the GB market, the CE mark will only remain valid until 31st December 2022. Some exceptions are Medical Devices and Construction Products and information has been published on the gov.uk website for these.

What are the differences between UKCA and CE marking?

Other differences relate to the separation of UK conformity assessment bodies from the EU Notified Body system, described below.

What aspects are not changing?

For the moment, many facets are the same; the scope of products covered, technical requirements (essential requirements, standards) and conformity assessment procedures are all initially identical for the two different markets. If your product is sold in both the EU and the UK, the technical file to show that it meets these requirements will also be the same.

Will UKCA marking apply throughout the UK?

No, UKCA marking applies only in Great Britain (comprising England, Scotland and Wales), so it may be helpful to think of it more as a GBCA mark. CE marking continues in Northern Ireland, which remains aligned with the EU single market for goods. Products that are to be placed on the market in both GB and NI therefore need both UKCA and CE marking unless they are "Qualifying Northern Ireland Goods" in which case they can be sold in GB with a CE mark and do not need a UKCA mark.

Can I put both CE and UKCA marks on my products?

Yes, provided they fulfil the associated requirements. It is already common to see multiple conformity marks on internationally sold products.

What is the specific UK legislation that needs to be followed?

To implement the new regime, the UK government has issued several Statutory Instruments to amend current legislation. The main regulations are The Product Safety and Metrology etc. (Amendment etc.) (EU Exit) Regulations 2019, which runs to 659 pages. These regulations amend most of the UK CE marking regulations for products placed on the UK market and stipulate that the UKCA mark replaces the CE mark. Where a directive required CE marking and UK regulations were already detailed, the amendments are limited to:

Where an EU CE marking Regulation is being amended rather than a directive, more substantial amendments have been necessary similar to the regulations that implement the directives.

The British Standards Institution (BSI) emphatically maintains its commitment to the EN and international standards systems and ‘harmonised standards’ remain best practice for both CE and UKCA marking. The UK regulations term them ‘designated standards’ and the lists of harmonised and designated standards are largely the same. BSI is unlikely to withdraw EN standards but in time the UK designated list is likely to differ slightly as UK authorities such as HSE bring their influence to bear on standards which they do not like.

What do the changes mean for Notified Body certificates?

What is the UKNI mark?

Products which require certification by a Notified Body before they can be CE marked cannot rely on a certificate from a UK Approved Body. However, there is an exception to this which comes about because of the desire for there to be no barriers to trade between GB and NI. This special arrangement allows goods which are CE marked for sale in NI, and only NI, to be certified by a UK Approved Body instead of a Notified Body.

The purpose of the UKNI mark is to identify products which have a CE mark based on certification by a UK Approved Body. Such products are only eligible for sale in Northern Ireland and cannot legally be sold anywhere else in the EU Single Market.

Do I need to put the UKNI mark on my products before I can sell them in Northern Ireland?

Unrelated to the UK’s withdrawal from the EU, important changes to manufacturers’ obligations were introduced in July 2021 by Regulation (EU)2019/1020, which impacts UK and other non-EU based manufacturers wishing to sell into the EU single market. This regulation has been introduced with the intention of better defending the EU single market against non-compliant products and avoiding gaps in the enforcement system, particularly in view of the increasing number of products being offered for sale online to end users within the EU. It states that for manufacturers based outside the EU, there must be a responsible economic operator who is based in the EU and who is either:

For further information on the Regulation and obligations please also visit our sister company’s website at www.authorisedrepresentativeservice.com